ASPION News
back to overview

Scientists at the University of Chicago received a sensational shipment in October. The transport of a reflector for a next-generation telescope was monitored. The unique component was manufactured by mtex antenna technology gmbh out of two gigantic blocks of aluminum, each weighing 22 tons - the first time ever for such a reflector in the world. After about a year of construction, the finished reflector, with a diameter of over 5 meters and weighing 3 tons, was ready for transport.

The ASPION G-Log 2 shock and climate loggers accompanied the oversized transport box for several weeks from Wiesbaden to Chicago. The recorded data for shock, temperature and humidity are essential to detect hidden damage in transit and to verify the required surface quality to the micrometer. The data loggers thus make an important contribution to quality assurance.

In the next few years, the reflector will be transported to the South Pole to observe the cosmic background radiation as part of the CMB-S4 project. The project and the arrival of the special transport were reported by the television station FOX 32 Chicago.

"To prove quality, we rely on data from the ASPION G-Log 2 shock and climate data logger", says Lutz Stenvers, CEO at mtex.

Video of the coverage by Fox 32 Chicago: 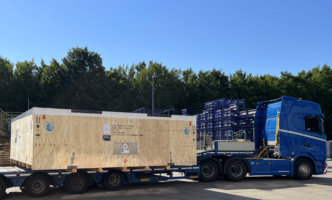 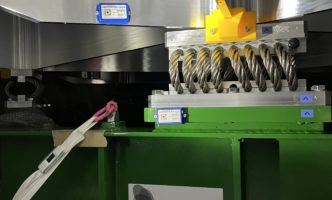